Skip to Article Skip to Search About Us Skip to simple menu
DrJeffreyAndersonBlog.com

"My Accident Was 2 Years Ago... Could that Cause My Neck Pain Today?"

Published on 1 November 2006 under Whiplash 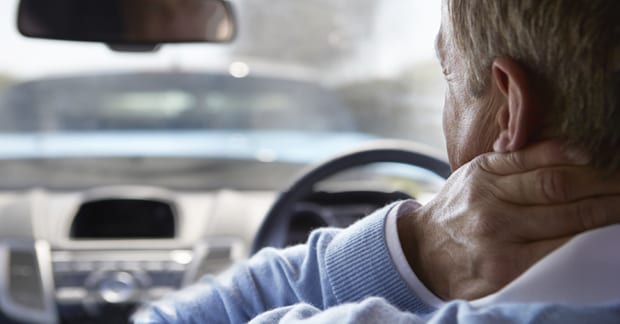 The short answer is yes. But let’s look at how the neck is injured in whiplash and why a trauma from years earlier can produce symptoms today.

Even in more moderate motor vehicle collisions with substantial car damage, symptoms rarely come on the day of the injury. When symptoms do occur immediately, this is a sign that the injury to the neck was more severe.

In most accidents, we initially feel a bit shaken up and shocked more than anything else. When the vehicle has substantial damage, this can completely occupy our thoughts. How are we going to drive to work the next day? We may not think to see a doctor immediately because a more pressing concern is to get the car into the shop and arrange for a rental.

If a pain in the neck begins, we take a few pain pills (such as ibuprofen) and the pain may seem much better, even cured. But whiplash is much less straightforward than a simple tight muscle from over exertion.

Whiplash causes the neck bones to displace from the stretched ligaments and disks. Over months, the bones gradually creep further into the direction of the damaged ligaments. Since gravity is working all of the time, the tendency is for the misalignments to get worse as the days press on.

Our initial “little problem” has now become much worse because scar tissue has formed to hold the neck in this abnormal position. This may cause some joints to become less mobile and other joints to become hypermobile in an effort to compensate. Over time, this can place stress on or irritate the nerves and spinal cord, producing the pain that may eventually drive you to seek chiropractic care.

Thousands of Doctors of Chiropractic across the United States and Canada have taken "The ChiroTrust Pledge":“To the best of my ability, I agree to
provide my patients convenient, affordable,
and mainstream Chiropractic care.
I will not use unnecessary long-term
treatment plans and/or therapies.” 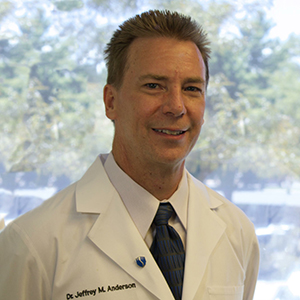 
*We are now open for business with a modified schedule based on the governor's safer at home order.

Dr. Anderson is still taking walk-ins as well as scheduled appointments via the phone or on this website. However, scheduling appointments will still remain first priority. No more than 3 patients will be allowed in the office at a time and masks will be required to enter. Please respect the social distancing measures set up in the office for your protection. Each patient will be screened and all sanitary protocols will be carried out between each patient.

Thank you for your support and compliance during these difficult times. We Appreciate You!

Members of ChiroTrust® have taken
“The ChiroTrust Pledge”:

“To the best of my ability, I agree to
provide my patients convenient, affordable,
and mainstream Chiropractic care.
I will not use unnecessary long-term
treatment plans and/or therapies.”

You will receive updates